Hello, just to let you know I have reviews and listicles available to read on Vocal. So please read my pieces and if you like them, pop a quid in the tip jar?

This is just a list of things I like. I don't really know what else to say, really.

Roleplaying
Vampire the Masquerade
Vampire the Dark Ages
Mage the Ascension
Werewolf the Apocalypse
Night’s Black Agents
Trail of Cthulhu
Adventure!
Aeon (well, I like the setting, never had the chance to play it, sadly).
SLA Industries
All For One: Regime Diabolique
Savage Worlds: Necessary Evil
Vampire the Requiem (to read, anyway)
Mage the Awakening (again, to read)
Demon the Descent (ditto)


Here are 101 story seeds for Werewolf the Apocalypse, including a few that I think could be the basis for a bunch of campaigns/chronicles. Feel free to go ahead and use them.

As ever White Wolf has the copyright on Werewolf the Apocalypse and the names of the Tribes. Named characters and scenarios are copyright of Steve Cotterill 2018.

Posted by stevecotterill at 11:53 No comments:

7 Song Saturday: Anger is an Energy

So it's that day again and I feel like burning down the world. Humanity seems stupid, venal and pointless at the moment and I'm frustrated and angry over events in the larger world and in my own life.

No guessing games this week, just an attempt to get my anger and frustration out of my system via music. Hope you enjoy.

My Chemical Romance: The Sharpest Lives

We don't want your fucking love.


The Wonder Stuff: On the Ropes


And here, have the Sex Pistols, God Save the Queen as a bonus


Posted by stevecotterill at 07:09 No comments: 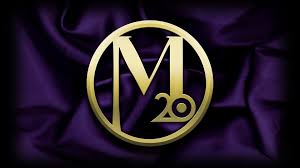 Please find enclosed 101 story seeds for Mage: the Ascension. These are Tradition and Craft Mage plots, rather than being Technocracy focused (if this is popular I’ll try to provide a list of Union only plots). As usual I’ve tried to develop some of the plots to give Storytellers options of what to use.

I haven't uploaded the list to my download folder yet, but will try to in the near future.

Mage: the Ascension, Traditions, Technocracy, Freedom Razor, the Umbra, Umbrood, Marauder, Nephandi and all other technical language in this document relating to Mage: the Ascension are copyright of White Wolf Game Studio 2015.

Posted by stevecotterill at 13:50 No comments: